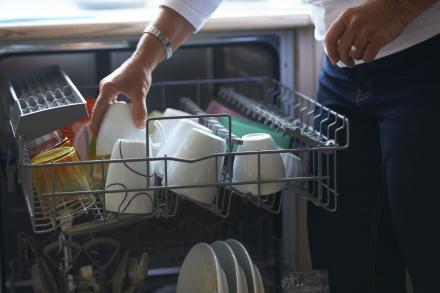 New University of Michigan research finds people with Parkinson’s disease may want to consider attempting to do the dishes, fold the laundry and take strolls around the neighborhood in their quest to control their symptoms.

Once patients feel unstable on their feet, they may develop a fear of falling and then get scared to do any activity at all. Bohnen’s team investigated whether participation in exercise, like swimming or aerobics, could help alleviate the motor symptoms that made these patients want to stay sedentary in the first place.

“What we found was it’s not so much the exercise, but the routine activities from daily living that were protecting motor skills,” Bohnen said. “Sitting is bad for anybody, but it’s even worse for Parkinson’s patients.”

The imaging study, now available online in Parkinsonism and Related Disorders(link is external), was conducted by U-M faculty who hold appointments in both radiology and neurology.

Researchers investigated the relationship between the duration of both non-exercise and exercise physical activity and motor symptom severity for 48 Parkinson’s disease patients over a 4-week period. They performed PET brain imaging to measure dopamine levels and used a questionnaire to learn about how physically active the patients were, including both exercise and non-exercise activity. They found that non-exercise physical activity was linked to less severe motor symptoms. “This may have a big impact for Parkinson’s patients,” said co-author Jonathan Snider, M.D., clinical lecturer of neurology at the University of Michigan. “Not only worsening Parkinsonism but also increasingly sedentary behavior may explain more severe motor symptoms in advanced Parkinson’s disease.”

“I tell my patients to stand up, sit less, and move more,” said Bohnen, also professor of radiology and neurology at the University of Michigan, VA Ann Arbor Healthcare System(link is external) staff physician and investigator in U-M’s Udall Center for Excellence in Parkinson’s Disease Research.

Funding: This research was funded by the Department of Veterans Affairs (grant I01RX000317), the Michael J. Fox Foundation and the National Institutes of Health (grants P01 NS015655 and RO1 NS070856). Support was also provided by the University of Michigan Udall Center of Excellence for Parkinson’s Disease Research (P50 NS091856-01).

Disclosure: The authors declare no conflict of interest relevant to this work.