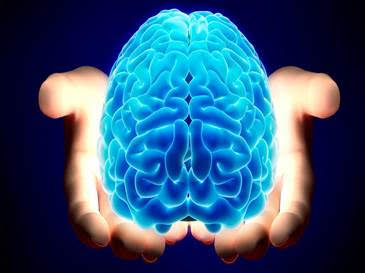 In a study in mice, researchers found that they could reduce the progression of the toxic aggregates of a protein known as α-synuclein that are found in the brains of Parkinson’s disease patients. The results suggest that a protein called lymphocyte-activation gene 3 (LAG3) plays a role in transmitting α-synuclein aggregates from one brain cell to another and could provide a possible target to slow the progression of Parkinson’s disease. The study, published in Science, was partially funded by the National Institutes of Health’s National Institute of Neurological Disorders and Stroke (NINDS).

“This study represents a significant advance in understanding the neurobiological changes underlying Parkinson’s disease,” said Beth-Anne Sieber, Ph.D., a program director at NINDS. “The identification of LAG3 as a mediator in transmitting abnormal α-synuclein between neurons provides both insight into the disease mechanism and a potential therapeutic target for the disease.”

Analogous to how a computer virus corrupts data, the presence of abnormal α-synuclein in neurons can damage healthy α-synuclein protein, which promotes the formation of additional aggregates. These aggregates then pass from one neuron to another just as computer viruses move to other computers on the same network.

“In looking for ways to slow the progression of Parkinson’s disease, we were interested to see how abnormal α-synuclein enters neurons. Therefore, we began by looking for proteins that would be involved in that process,” said Ted M. Dawson, M.D., Ph.D., director of the Institute for Cell Engineering and the NINDS Morris K. Udall Centers of Excellence for Parkinson’s Disease Research at Johns Hopkins University School of Medicine in Baltimore, and senior author of this study.

Dr. Dawson and his colleagues used a synthetic form of abnormal ɑ-synuclein, called pre-formed fibrils, to induce Parkinson’s disease-like symptoms and ultimately focused on the protein LAG3 based on its role as a transmembrane protein and the fact that it binds to fibrils much more tightly than healthy α-synuclein protein. Transmembrane proteins are large molecules with components located both on the interior and the exterior of cells; some transmembrane proteins function as gatekeepers that allow specific molecules to enter or exit cells.

To test the role of LAG3, Dr. Dawson’s group compared normal mice with those that lacked the gene for LAG3 and were unable to make that specific protein. When normal mice were injected with α-synuclein fibrils, they quickly developed Parkinson’s disease-like symptoms, including changes in movement, grip strength, and the eventual death of dopamine neurons, the type of brain cell most affected by the disease. However, the mice lacking LAG3 that received fibril injections appeared to have normal grip strength and movement and had no significant loss of dopamine neurons.

Dr. Dawson’s team also looked at neurons that had been removed from both types of mice and grown in culture dishes. When α-synuclein fibrils were added to normal neurons, they were quickly pulled into the cells and passed along to neighboring cells; however, this was seen only in very few neurons from the mice that lacked LAG3.

“We knew from these experiments that LAG3 was important for the neurons’ ability to take up α-synuclein fibrils,” said Dr. Dawson. “Antibodies that block the activity of LAG3 are currently being tested in clinical trials as a form of cancer immunotherapy. We were therefore curious to see whether we could use similar antibodies to block the function of LAG3.”

Neurons treated with the LAG3 antibodies behaved similarly to the neurons that lacked LAG3.  There was a considerable decrease in their ability to take up fibrils and to pass them on to neighboring neurons. These results suggested that LAG3 function could be blocked by antibodies, providing a possible means to slow or stop the progression of Parkinson’s disease.

Dr. Dawson and his colleagues are currently testing the LAG3 antibody in animal models of Parkinson’s disease to further explore possible therapeutic and protective effects against the progression of disease symptoms.

The study was supported by the NIH (NS38377) with additional funding provided by the JPB Foundation.