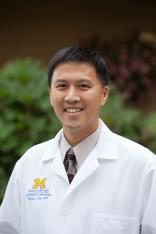 The PSG is a non-profit group of physicians and other health care providers from medical centers in the United States, Canada and Puerto Rico experienced in the care of Parkinson patients and dedicated to clinical research of Parkinson disease. The PSG was formed in 1986, prompted by the recognition that clinical research in Parkinson disease (PD) required the participation of large numbers of research patients (subjects) under the cooperative care of skilled and experienced research physicians.

The PSG aims to advance knowledge about the cause(s), disease progression and treatment of PD and related disorders. The PSG is committed to: