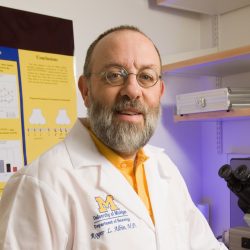 Thirteen researchers at the University of Michigan were named fellows of the American Association for the Advancement of Science, an honor bestowed upon AAAS members by their peers. In 2018, 416 members were awarded this honor by AAAS because of their scientifically or socially distinguished efforts to advance science or its applications. In 2017, seven[…]