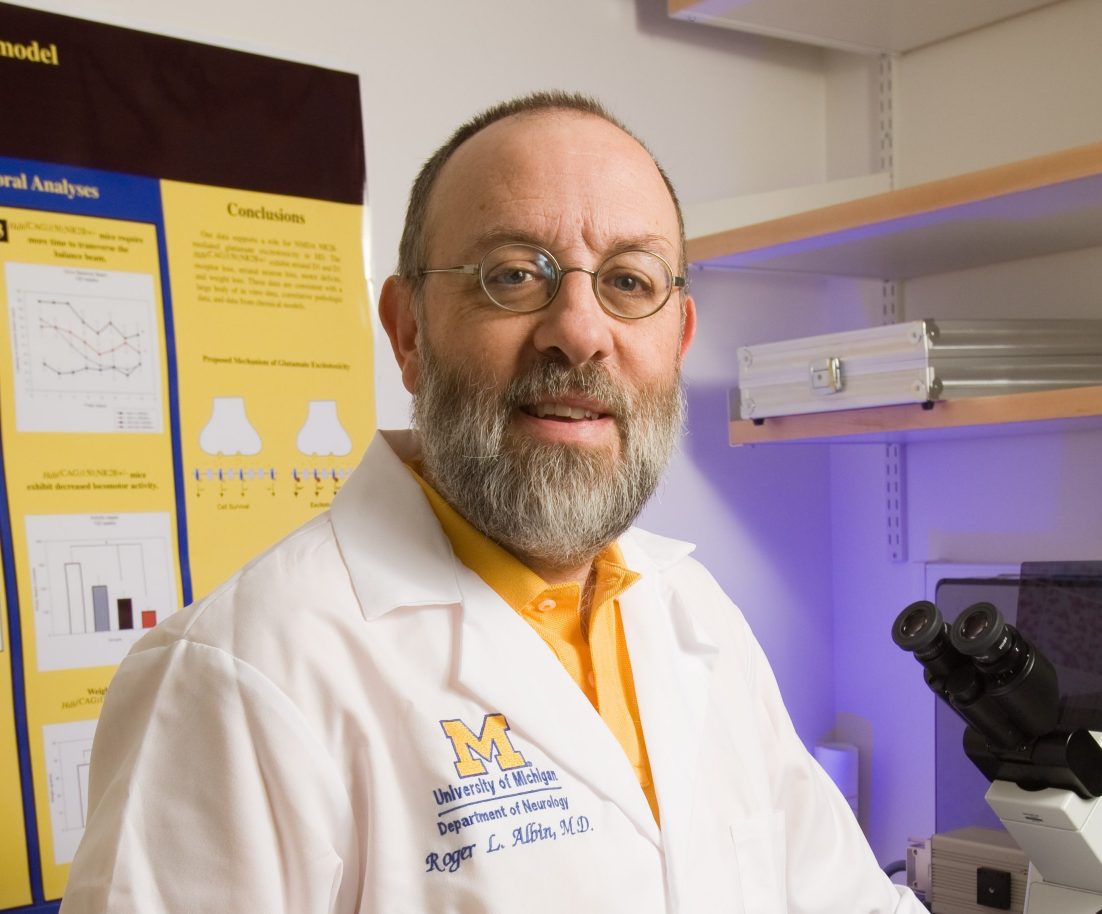 Thirteen researchers at the University of Michigan were named fellows of the American Association for the Advancement of Science, an honor bestowed upon AAAS members by their peers.

In 2018, 416 members were awarded this honor by AAAS because of their scientifically or socially distinguished efforts to advance science or its applications. In 2017, seven U-M faculty members were named AAAS fellows.

Among the new fellows is the Udall Center’s Associate Director, Dr. Albin. New fellows were honored in February during the 2019 AAAS Annual Meeting in Washington, D.C.

Roger Albin is the the Anne B. Young Collegiate Professor of Neurology at the Medical School; and chief of neuroscience research at the VA Ann Arbor Healthcare System Geriatric Research Education and Clinical Center. He is known for his distinguished contributions to systems and translational neuroscience, particularly for fundamental insights into basal ganglia function and basal ganglia disorders.